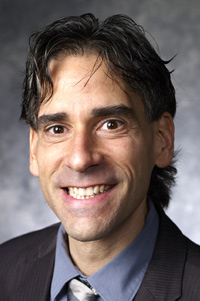 Alex R. Piquero is Ashbel Smith Professor of Criminology and Associate Dean for Graduate Programs in the School of Economic, Political, and Policy Sciences at the University of Texas at Dallas, Adjunct Professor Key Centre for Ethics, Law, Justice, and Governance, Griffith University, Faculty Affiliate, Center for Violence and Injury Prevention George Warren Brown School of Social Work Washington University in St. Louis, and was Co-Editor of the Journal of Quantitative Criminology from 2008 to 2013. Prior to arriving at UT-Dallas, he was on the faculties of Florida State University, University of Maryland, John Jay College of Criminal Justice/City University of New York, University of Florida, Northeastern University, and Temple University. He has published over 400 peer-reviewed articles in the areas of criminal careers, crime prevention, criminological theory, and quantitative research methods, and has collaborated on several books including Key Issues in Criminal Careers Research: New Analyses from the Cambridge Study in Delinquent Development (Cambridge University Press, co-authored with David P. Farrington and Alfred Blumstein) and Handbook of Quantitative Criminology (Springer, co-edited by David Weisburd).

Professor Piquero has given congressional testimony on evidence-based crime prevention practices in the area of early-family/parent training programs, and has provided counsel and support to several local, state, national, and international criminal justice agencies, including various police and correctional agencies. In 2015, United States Attorney General Eric Holder appointed him to the Office of Justice Programs Science Advisory Board. Professor Piquero is past recipient of the American Society of Criminology’s Young Scholar (2002) and E-Mail Mentor of the Year (2005) Awards, Fellow of both the American Society of Criminology (2011) and the Academy of Criminal Justice Sciences (2011), recipient of the Western Society of Criminology President’s Award (2017), and has also received numerous teaching awards including the University of Florida’s College of Arts & Sciences Teacher of the Year Award (2004), the University of Maryland’s Top Terp Teaching Award (2008), the University of Texas Regents’ Outstanding Teaching Award (2014), as well as the University of Texas at Dallas Diversity Award.

Professor Piquero has served on a large number of departmental, school, college, and University committees, including most recently Co-Chair of the UT-Dallas Committee on Qualifications (i.e., University tenure and promotion committee). In August 2015, he was selected by UT-Dallas President Wildenthal to serve on the UT System Working Group for Concealed Carry and he is organizing the UT-Dallas implementation of the new Campus Carry Bill. His research has been featured in several television and newspapers including: The New York Times, Reuters, CNN, The Los Angeles Times, The Huffington Post, and the Dallas Morning News.