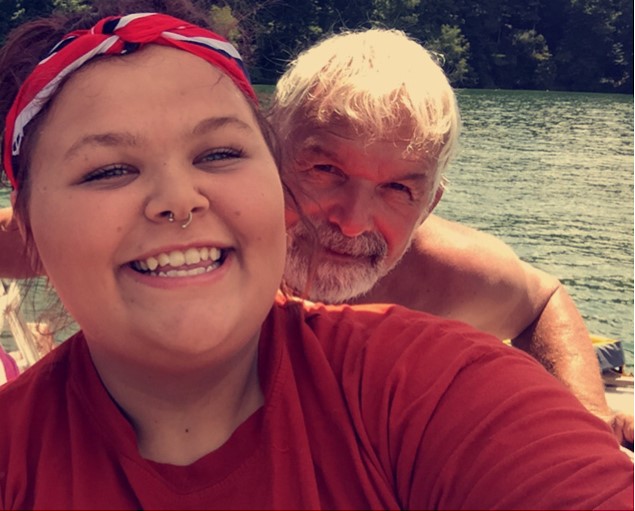 “Her grandfather has had custody since Deanna was 3 years old,” Katrina said. “He felt like he had tried everything he could, but Deanna just wouldn’t get up and go to school.”

“She was very sad, very down,” Katrina said. “You could see it.” Deanna also had physical health problems that made teen life more difficult. Deanna was struggling with self-image, and she felt people at school were talking about her. She was defiant with her grandfather at home. She also had a difficult relationship with her mother, who struggles with substance addiction. The first step was a doctor’s appointment; medication eased the depression. Katrina worked with the family on safety planning and began helping Deanna see herself in a realistic way.

“I was in a rough spot when she came to help me, and every time she walked out of my door after a session, something had improved,” Deanna said. “She really understood me and saw a lot of things from my point of view.”

Katrina taught Deanna and her grandfather Collaborative Problem Solving, an evidence-based model designed to overcome communications barriers. She helped Deanna work on self-image issues and see herself as a strong, capable young woman. Deanna doesn’t have problems with missing school anymore. Her relationship with her grandfather is better, and she’s more realistic about what to expect from interactions with her mother.
“Deanna goes to school every day,” her grandfather said. “The outcome even surprised me. She has a completely different attitude on life.” Deanna agrees. “I’m in a better state of mind,” Deanna said. “It turned my entire life around.”

Every day, Youth Villages serves tens of thousands of children and their families, and we need your help.