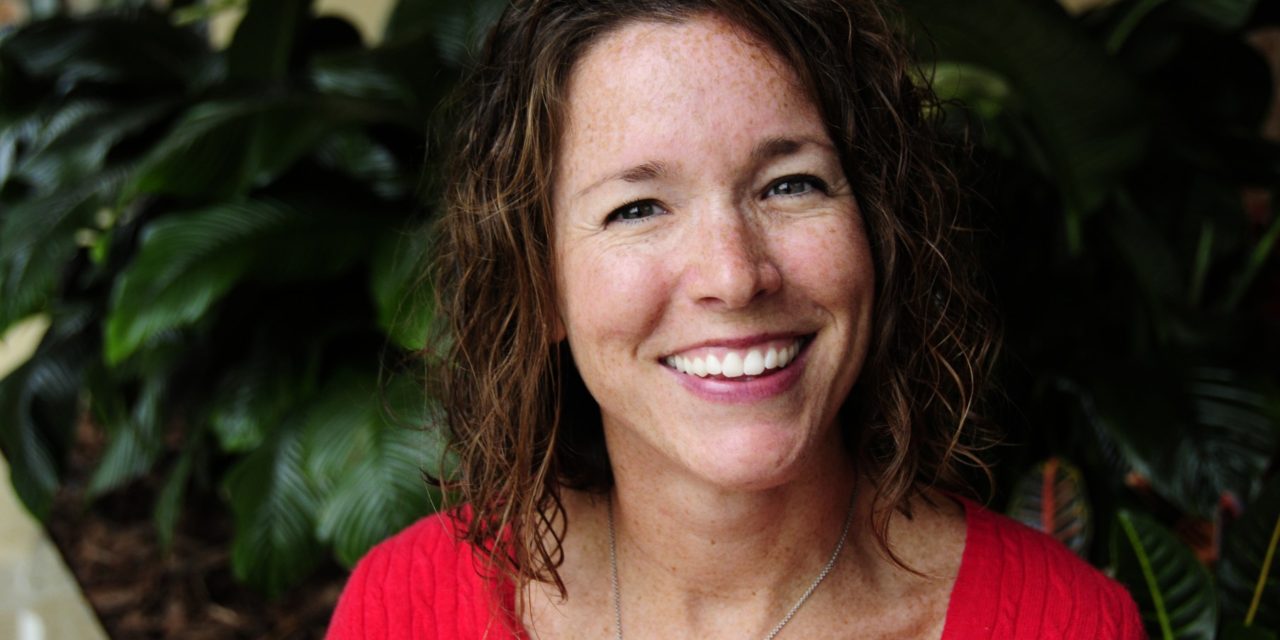 From the frontline to the C-Suite, Caroline Hannah leads Youth Villages

When Caroline Hannah took the job with the Youth Villages Intercept, intensive in-home services program in 1995, she saw it as temporary thing. She had her eye on a counseling position at a women’s prison in Middle Tennessee. (Left: Her first ID card.)

Instead her 22-year career at Youth Villages has taken her from a frontline staff member to chief operating officer, overseeing Youth Villages’ work in Alabama, Florida, Indiana, Mississippi, North Carolina, Oklahoma and Oregon.

Back in 1995, she was one of a handful of young counselors who changed the course of child welfare in Tennessee by providing intensive help to children and families in their own homes.

She remembers all of her first cases.

The mom who was training to be a Burger King manager. “I’d meet her at the restaurant. Sometimes, I’d help her study. You wouldn’t believe the things restaurant managers have to know!” Her son was 14 and had been sexually abused and acted out. He was in residential treatment. Hannah got him home.

There was the boy who turned 18. “Mom kicked him out of the house temporarily. I’d drive an hour and a half from my house to pick him up and get him to school. He had to be there at 7:30 in the morning.”

She helped a teen get home to his family after time in residential treatment. “I used to give him and his little brother money to go out and wash my car while I talked to his mom,” she remembers “He called me two years after he’d completed the program, and he was a bricklayer. Doing great.”

After awhile, Hannah quit waiting on that other job to come through.

“I pretty quickly caught the bug for advocating for these families,” she said. A banker’s daughter, Hannah saw poverty up close for the first time, saw children and families who faced incredible challenges. “I had never experienced anything like that. It’s really about advocating for families, fighting on behalf of people whom everyone else had written off, proving people wrong.”

Youth Villages was one of the first nonprofit organizations to shift its focus toward strengthening and reuniting families — preventing children from ever entering child welfare systems or helping them come home quickly if out-of-home placement was needed.

“We moved early, but now the field is with us,” Hannah said. “The programs that we began in Tennessee – YVIntercept and YVLifeSet proved themselves with better outcomes for children and families and attracted attention from other states, from philanthropists. Other jurisdictions wanted to see if we could get the same results in their areas, and we could.”

“Overall, we’re making progress in child welfare and children’s services,” Hannah said. Tennessee is farther along than most states.” Federal court oversight of the state may end soon. “More families are receiving effective services, although the timing may not be the best. So often, the help doesn’t come until after a child has been taken into foster care.”

When jurisdictions are relatively new to providing intensive in-homes services, Youth Vilages works with them to ensure that programs have the funding and regulatory flexibility to be successful.

Another key is finding young people who will find their passion helping families who others have given up on.

Many things have changed at Youth Villages since Hannah was on the front lines working as a family intervention specialist. Young counselors now receive more training and support and are provided with laptop computers so that they can work in the field more efficiently.

“You have to be organized and self-motivated because so much of the work is out of the office,” Hannah said. “But the most important thing is you’ve got to love it; you’ve got to love the families and be willing to fight for them.”