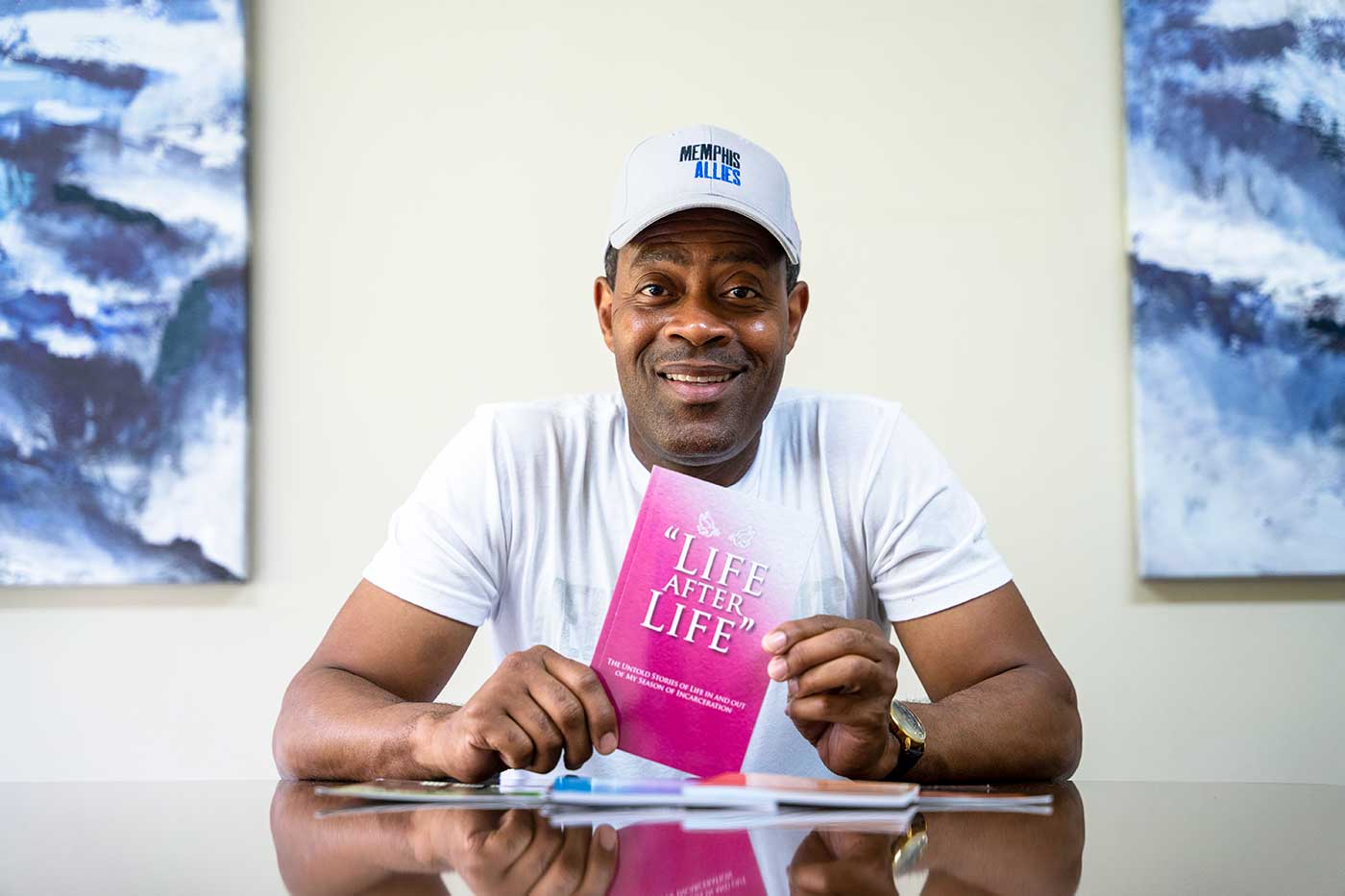 This week, Royal Chatman will be in court supporting a young man who’s facing an aggravated assault charge. The stakes are high. The teenager could face incarceration…

Chatman has personal experience with consequential days in court.

He was not yet 21 years old when he stood for sentencing in a Michigan court room. It was his first offense, but it was a big case, involving a large amount of drugs. Chatman was expecting to hear the number of years he would have to serve.

Instead, the sentence was devastating: natural life without parole.

“I’m not going to do that!” Chatman yelled to the judge. “I’ve got too much money and too many friends!”

Selling drugs had made him a millionaire – one deal alone netted $1.6 million — but it had also brought pain. In a robbery attempt, he was thrown into a basement, beaten with a hammer and shot through the neck. He was lucky to be alive.

He was taken from the courtroom to jail, but he never believed he’d do all the time. He became a model prisoner, determined not to do anything that might affect his ability to have his sentence reduced at some point.

But, five years passed. Then, 10 years. Then, 15 years. His children had been toddlers when he was sentenced. Like Chatman had, they were growing up without a father.

“I had blamed everyone for my problems,” he said. His involvement in criminal activity had been triggered by the death of his mother from cancer just as he was graduating high school.

“I blamed God. I blamed Him for losing my mother, for never knowing my father. I was mad. I finally saw that it was me who was responsible,” he said.

During his 18th year in prison, a counselor came to his cell with incredible news. Michigan Governor Jennifer Granholm had commuted his sentence. “They were looking at people who had received life without parole sentences, who had no other offenses, who had good records in prison…” Chatman remembers. “I’m not going to die in here. I’m going to get out. I’m not coming back, and I’m going to do everything I can to prevent others from coming here.”

I had blamed everyone for my problems. I blamed God. I blamed Him for losing my mother, for never knowing my father. I was mad. I finally saw that it was me who was responsible.

“I had already changed my life,” he said. “I made a conscious decision not to go back. I asked to be paroled to Mississippi, where two of my brothers lived.”

He took a job in Memphis, but the man who once made $10,000 to $15,000 a day was no longer motivated by money. He felt called to make a difference in the lives of young people who might be drifting into dangerous, illegal activities as he once had.

He started his own company: Sources of Intervention Produce Seeds of Prevention, wrote three books and an educational workbook series and became an ordained minister. He worked with the G.R.A.S.S.Y. — Gang Reduction Assistance for Saving Society’s Youth — in Shelby County Schools, with the court system and the Multi-Agency Gang Unit of the Memphis Police Department.

Chatman met Memphis Allies Director of Operations Carl Davis at a clergy training at the Bartlett Police Department and became one of the first life coaches for the Memphis Allies SWITCH team.

He says things won’t change in Memphis overnight. He and the team are working to engage individuals who need the most support. That’s how they met the young man whose life may change at court this week.

Chatman has been giving the young man encouragement, helping him see the positives, even in the difficult period he’s going through.

The court may give the young man a chance to participate in the Memphis Allies SWITCH program. It’s a chance to turn his life around.

Chatman is ready to show him a path to finish his education, find employment at a living wage and carve out a future that never involves the pain of violence or incarceration.