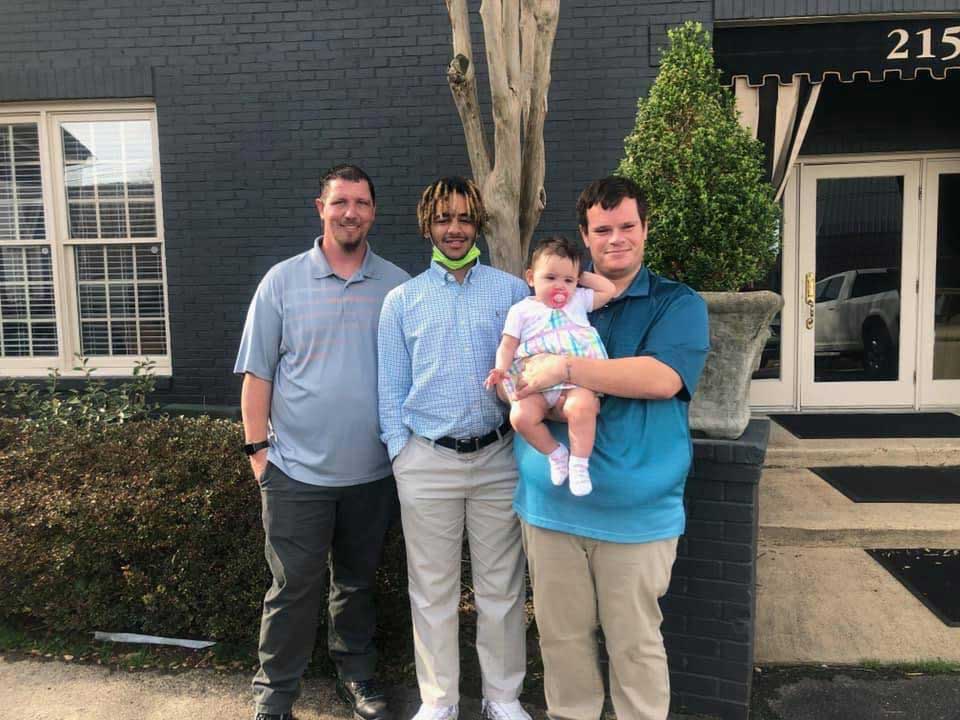 Richard and Alvin Lewis had been married for five years before Richard began looking into fostering and adopting. They both had high-stress careers, and Robert wasn’t fulfilled with his job. A former foster child himself, Robert felt the urge to give back to kids in similar situations, to offer help and a loving home.

“We weren’t planning for a baby,” Richard said. “We didn’t have diapers, car seat, any of the baby things.”

Youth Villages Foster Care Counselor Savannah Nienhueser helped prepare them for the sibling pair, for Robert’s trauma and aggression, and how to handle six-week-old Jaz, who was born with drug issues.

For the rest of the 2020 school year, Richard and Alvin worked with Robert to manage his school behavior, and he is now in good standing. Jaz progressed developmentally and physically, all before her first birthday in spring 2021. Their adoptions were finalized in March 2021.

“Both Richard and Alvin were involved in the school meetings, fighting for a good place for Robert,” Savannah said. “Having that support and loyalty stood out to Robert.”

And the Youth Villages team supported Richard and Alvin 24/7.

“Youth Villages was there for us through the whole process, even answering calls at midnight when we had baby questions,” Richard said.

Savannah said she has had a lot of good foster families over the years, but the Lewises really stand out.

“Don’t overthink it,” Richard said. “If you’re considering fostering, just do it. There’s no perfect time, all you have to do is try.”

Richard said they didn’t experience the expected hurdles of a same-sex couple fostering to adopt.

“We provide a loving, supportive household,” Richard explained. “That is all that matters.”