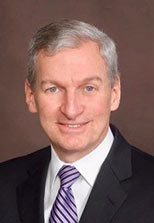 Gary Shorb has served as Executive Director of The Urban Child Institute since 2017. Shorb retired from Methodist Le Bonheur Healthcare where he served as CEO for 15 years. Shorb joined Methodist in 1990 as executive vice president. He currently serves on the boards of Shelby Farms Park, Soulsville Foundation, Crosstown High School, University of Memphis Foundation, Rust College, Tennessee Business Leadership Council, board member and past Chairman of the Overton Park Conservancy and Tennesseans for Early Childhood Education. He also serves on the board of the publicly traded Mid-America Apartment Communities (MAA). He received a B.S. in civil engineering from Clemson University and an MBA from The University of Memphis and Honorary Doctorates from The University of Memphis and Memphis Theological Seminary.