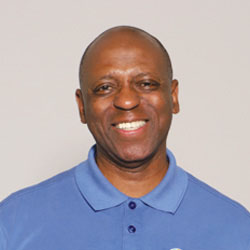 Rev. Rufus Smith, IV is the Senior Pastor of Hope Church (EPC) in Memphis. He joined Hope’s Staff in September 2010, and became senior pastor in 2013. The church is “believer-centered but very unchurched friendly”. Over the past 9 years, Hope has transitioned from a pre-dominantly Caucasian to a multi-ethnic, multi-generational congregation with 33% of members being African-American. In 2016, he founded the Memphis Christian Pastor’s Network (MCPN), an ethnically and denominationally diverse clergy-only network that “builds trust & broadens impact,” via candid conversation & collaboration to “close the economic disparity gap“ among under-resourced citizens of Memphis, over the next ten years.

He was born in Houston, TX and for 12 years served as the Senior Pastor of The City of Refuge (COR) Presbyterian Church (also a Mosaic, inter-generational congregation). While in Houston he Founded the FORGE for Families (FFF), a CDC that empowers under-resourced neighbors in the greater 3rd Ward community of Houston. Under his leadership, the FORGE completed a $6,400,000 million dollar capital campaign and built a 40,000 square foot campus, debt free! In addition, he was a Founding Board Member of Yellowstone Academy, a private school for under-resourced elementary students & for three years the Lead Chaplain for the NBA Houston Rockets.

He attended Houston Baptist University majoring in Theology and Psychology. And in 2018 received an Honorary Doctorate of Divinity from Grove City College in PA. Crazy about baseball, reading and walking, his claim to fame is his wife, Jacqueline of 35 years and their three children who work in Memphis with under-resourced children: Ruth Abigail, (Furman U. in SC; BA); Rufus V (Howard University in DC); and Rhoda Anna, (Agnes Scott College, Decatur GA; BA/MA).