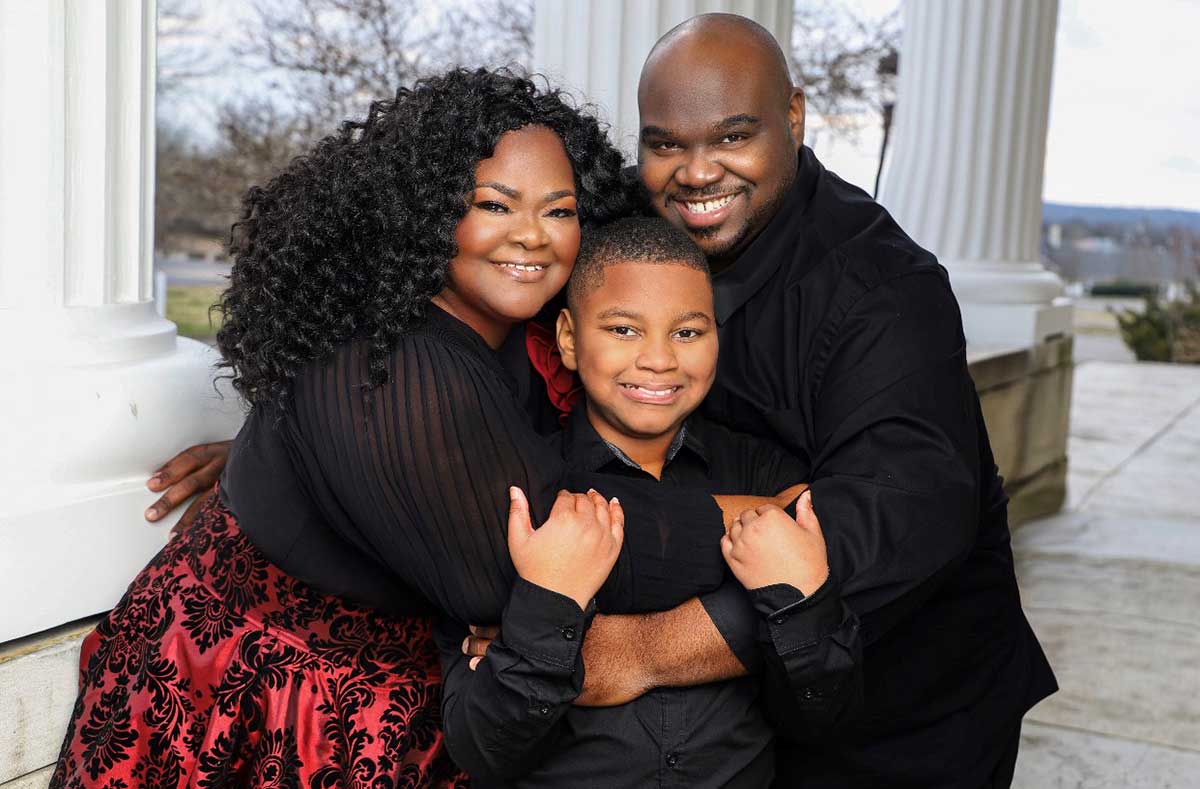 Learning to be Patient – Neal Family

For Middle Tennessee-based Jaywanna Neal, fostering is second nature. Growing up, her mom opened her home to foster children and adopted a pair of siblings. When Jaywanna was single and in her 20s, she took in her first foster child. She said it was a great experience, and he stayed with her until he was no longer a minor.

With a career change, Jaywanna took a few years off from fostering then married her husband, Jonathan, in 2008. Their pastor asked them if they would be willing to foster youth, so they talked and prayed about it. The couple went through classes with Youth Villages and had their home certified for fostering, a process that took three months.

“Around that time, I had a dream that a 9-year-old boy was following me around, and we were looking for his birth certificate,” Jaywanna said.

A few days later, in July 2019, the Neals received a call from Youth Villages asking them to come to Memphis to meet a 9-year-old boy for fostering. Jaywanna said she immediately felt she was meant to adopt the young boy, Christopher, before even meeting him.

Christopher has four siblings, all of whom were adopted by their foster family. He felt hurt and rejected by the time the Neals took him into their home.

“Christopher is so resilient; he has overcome a lot,” Jaywanna said. “We worked with Youth Villages and counselors to help him manage his emotions.”

The Neals said Christopher brings so much joy to their family and has brought a lot of life into their house with his humor and singing. Jonathan is a musician, and Christopher loves to sing along with him.

His grades have improved tremendously as well. When they first brought Christopher into their home, was in danger of being held back. But with extra attention from teachers and tutoring at home, he’s flourishing in the fourth grade.

“When you’re fostering, you have to be patient, and show love and affection,” Jaywanna said.

Christopher’s adoption was finalized in September 2020. The Neals are currently fostering another young boy and are hope to continue adding to their family.