LifeSet helps Keshawna move beyond trauma as she transitions to college

Meet Keshawna, a bright, intelligent, independent college freshman ready to take on the world. Looking at her, you would think her life was picture perfect, but it wasn’t. With the LifeSet program, she has learned to become more independent and move beyond her trauma.

Just one year ago, Keshawna was a junior at Clyde A. Erwin High School in Asheville, North Carolina. At the top of her game, she was the captain of her cheer squad, played basketball and started a student organization that advocated for equality among all students.

With all those accolades, there was one moment in between that had the potential to change her life’s trajectory. Keshawna was assaulted by her mother’s boyfriend.

“My family brushed off the incident,” Keshawna said. “They made me feel very neglected.”

As a teenage girl, that kind of trauma from someone very close to you can have devastating impacts. However, thanks to Youth Villages’ LifeSet program, Keshawna tapped into her own strengths to move beyond that dark event.

LifeSet is the nation’s first and largest evidence-informed programs helping young people who age out of foster care. Each participant is assigned a specialist where they work one-on-one together to support the young adult as they transition into adulthood. 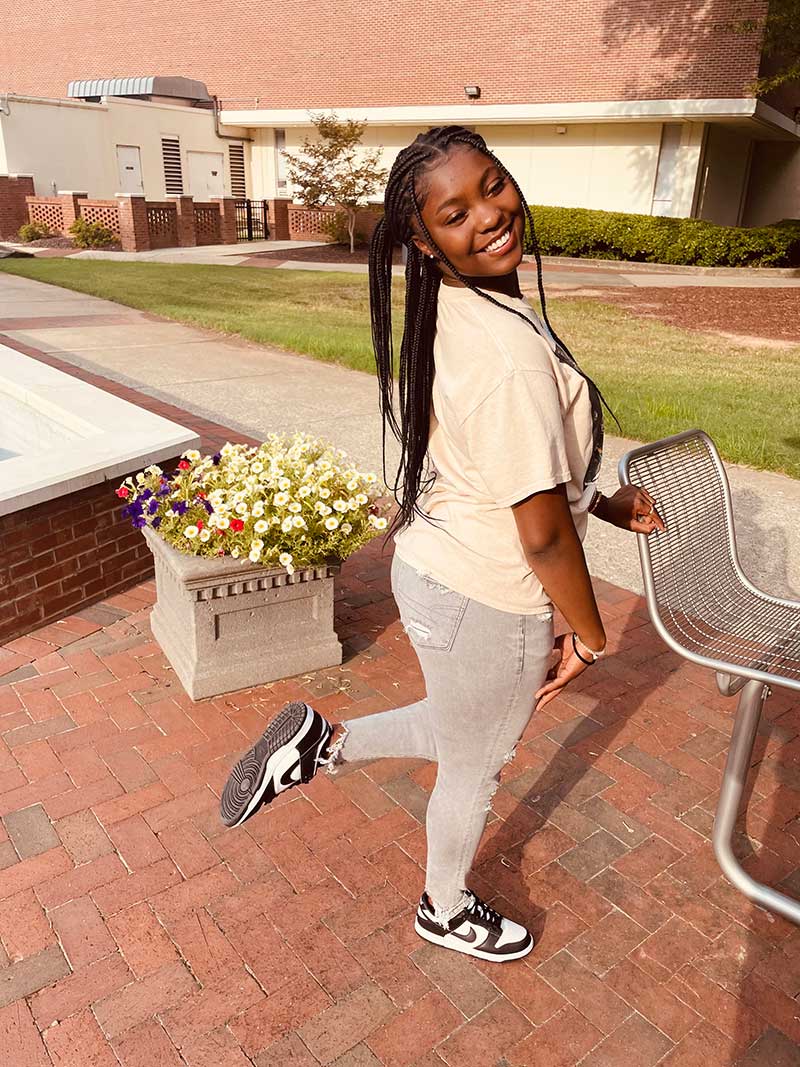 After the incident with her mother’s boyfriend, the NC Department of Social Services (DSS) opened an investigation regarding the incident. During that time, Keshawna was referred to LifeSet, after a North Carolina LifeSet Clinical Supervisor connected with the DSS Investigation Unit to provide them with more information about our services. Youth Villages worked with Keshawna upon her 18th birthday when other service providers were unable to continue working with her.

Keshawna credits LifeSet with her ability to be more assertive, budget her finances and communicate more confidently. Having that support made all the difference for Keshawna.

“I noticed when using more assertive communications I have built up my confidence,” Keshawna said. “They (specialists) are always there.”

Keshawna is now a freshman at North Carolina Central University. Her goal is to be a social worker and become a licensed therapist. She has also been accepted to the LifeSet Scholars program, which is an extension of LifeSet, that helps young people complete academic degrees or vocational programs. It’s because of programs like LifeSet, that young adults like Keshawna keep striving for their goals, even in the midst of adversity.