Born and raised on the south side of Chicago, Tony is part of the Lifeline to Success Switch team serving Raleigh/Frayser community.

Growing up, Tony’s life lacked family stability and normalcy. Domestic violence and drugs were common in the household. At 9 years old, Tony began bagging up heroin for his stepfather to sell. Constantly suspended from school for fighting, he found himself chasing money. He joined a street gang at just 10 years old.

After graduating the eighth grade, Tony stayed in and out of the juvenile court system in Chicago. He found himself selling drugs to make money for his family. Years later, and now a high-ranking Black Disciple, Tony got caught with possession of guns and drugs within 1,000 feet of a school. He served 10 years in the penitentiary.

“The experience of being away from your loved ones was the only thing that was challenging,” Tony said. “But the in and out of juvenile prepared me how to be isolated.”

Upon being released from prison, Tony realized he could reach new heights and help others like him. “I was using my gifts and my talents for the wrong kingdom,” Tony said.

When you come from different experiences of life, you have something to give to the young men and not based on a book knowledge alone but from a whole lot of experience.
- Tony

With the passing of this mother, Tony moved to Memphis for a fresh start and to be closer to extended family. “I got a new experience. I got a new experience of life. I thought it was over, but it wasn’t,” Tony said. He began doing outreach work with young people and spoke to juveniles in the school systems. Eventually, he was asked to be a life coach for the Memphis Allies team.

Tony plays a significant role in helping high-risk individuals, like he once was, combat some of the same experiences he endured. 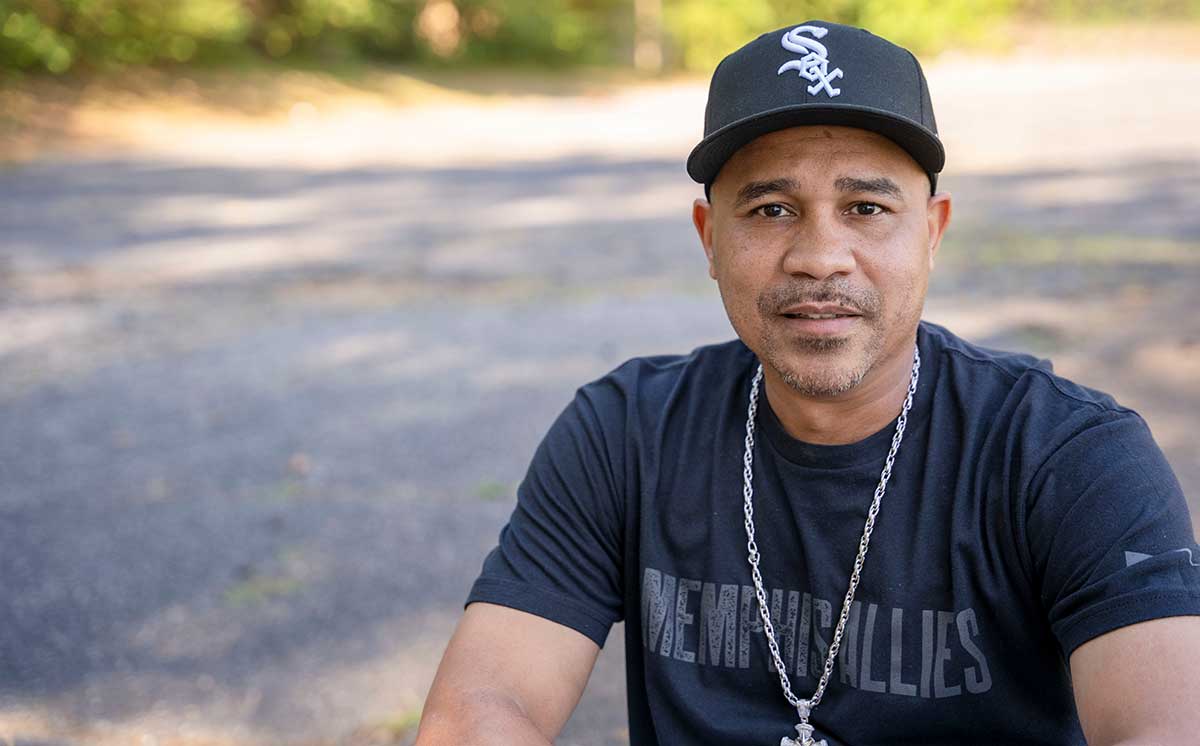 “When you come from different experiences of life, you have something to give to the young men and not based on a book knowledge alone but from a whole lot of experience,” Tony said.

As a life coach, Tony works with eight participants the team has concluded are in immediate danger of getting shot or shooting someone else.

Tony and his SWITCH team form a positive support network – something most have never had until now.

Tony and his team are working to increase community safety by giving participants the support they need to change the trajectory of their lives over the long term.