January is National Mentoring Month, and the benefits for the mentees are well-documented. They get a friend who will play games, do activities, take them to eat, and most of all, be a sounding board to listen, provide wisdom and guidance.

Mentors, though, profit from the special relationship, too. They get the joy of pouring into a young person’s life, the excitement of watching the youth mature and just maybe, learn a few new things in the process.

Patrick Hampton, aka ‘Mr. Patrick,’ and Michael, a young man in Youth Villages’ residential program, have that kind of mentorship.

Relating through the outdoors
Patrick was matched with Michael to become his mentor. As a Youth Villages employee, Patrick previously mentored several other youth and welcomed the opportunity to reprise that role, this time with Michael.

“We have a need for mentors,” said Patrick, who is a development manager for Youth Villages. “I didn’t think I had anything in common at all with a teenager, but I was surprised. It’s easy, and it’s just being there as an added support for the young people in our care.”

Patrick learned early on that Michael enjoys the outdoors and playing games. “I’ve always liked to be outside,” Michael said. “I like horses. I like to be on a farm. I like hanging out in the woods. I enjoy being outside and hanging out with Mr. Patrick. We talk, we fish. I also like to play card games. We just enjoy each other.” 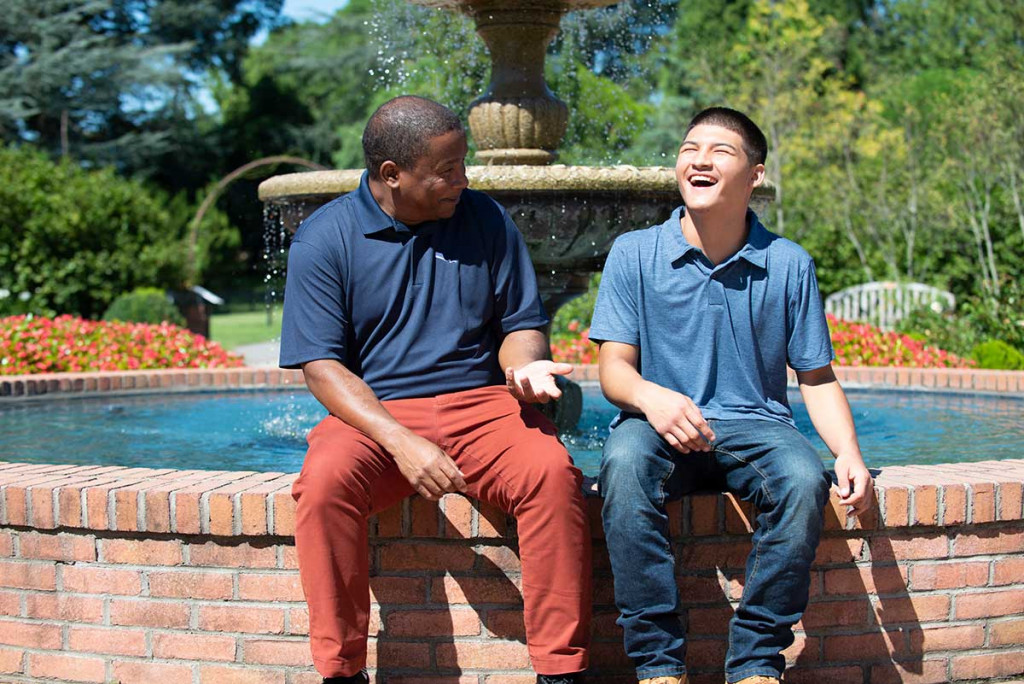 In addition to the fun times he’s had with Patrick, Michael has learned how to better control his anger issues.

“I used to have a lot of anger problems,” Michael said. “Mr. Patrick has taught me a lot of coping skills. I’ve learned anger cannot fix everything, and there are different ways to go without being angry. It’s been good for me. He’s a good person to talk to.”

And Michael has been good for Patrick, who sees value in our youth and the impact they can make in the future.

Mentoring is easy. For anyone thinking about it, you probably have some time in your day, week or month to share a few hours to help a young person who needs added support.
- Patrick

“Michael has learned a lot from our relationship, and I hope what he’s learned, he can use in a positive way in the future,” Patrick said. “I get to meet some interesting young people. Children are our future, and if there is any way I can have an impact and help make them as successful as they can be, that’s why I’m doing this.”

The need for mentors
Patrick didn’t think he had the qualities, skills or tools to mentor a teenager. However, all Michael wanted was time—someone to talk to and hang around with.

“Mentoring is easy,” Patrick said. “For anyone thinking about it, you probably have some time in your day, week or month to share a few hours to help a young person who needs added support.”

To become a mentor with Youth Villages, one must be 21 years of age or older, pass a mandatory screening, attend an initial training session and commit to spending four to six hours a month one-on-one with a mentee. For more information, go online at www.youthvillages.org/mentoring.