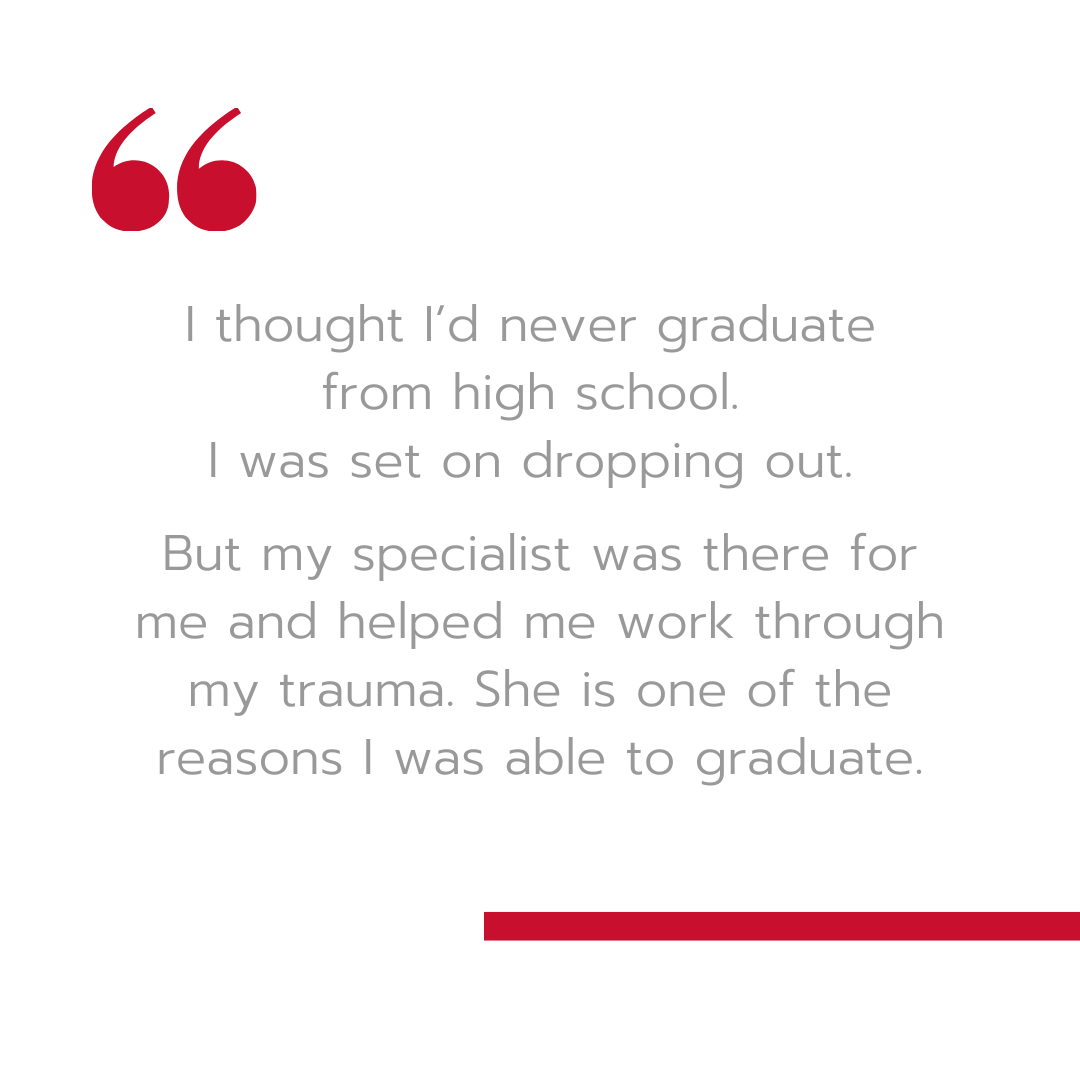 As Mikki approached their 18th birthday, they were about to age out of foster care. With only one-and-a-half months to go, Mikki felt lost and unprepared for the future. Mikki was referred to LifeSet to help ease the transition from foster care to independent living.

Mikki’s foster care placement was difficult. They were placed with a friend’s family but the living space the family designated for Mikki in their home was in the basement and unlivable. After six months in the home, Mikki decided to leave.

The search to find suitable housing was tough. Mikki spent another six months couch surfing and staying with friends short-term until they petitioned the Department of Children and Families (DCF) for a more permanent housing placement. Mikki’s request was denied due to their dropping out of school and in order to be approved, they needed to re-enroll and make strides toward their education. Mikki knew that not being in school was the barrier to obtaining stable housing.

But school was difficult for Mikki. They experienced significant trauma from school bullying and was involved in an abusive romantic relationship. Mikki struggled to cope and due to their trauma, Mikki decided to drop out of high school at the start of their senior year.

“It was just too hard,” Mikki said. “I felt like I couldn’t face the fear of walking those halls every day after the trauma I had endured.”

Mikki worked with their specialist to get back on track with school. They completed Trauma Focused Cognitive Behavioral Therapy (TF-CBT) where they learned coping skills and used exposure therapy to get Mikki feeling comfortable with being in the school building again. Over the course of a few weeks, Mikki followed a ‘fear hierarchy,’ where they identified areas of anxiety around entering and exiting the school building. Slowly, they built up to increasing their time in school and built connections with their teachers to support their re-exposure to the school environment. Mikki re-enrolled in school through a specialized pilot program and graduated on time with their fellow classmates.

“There was a time where I thought I’d never graduate from high school,” Mikki said. “I was set on dropping out as soon as I was of age. But my specialist was there for me and understood that I needed to go slow. She helped me work through my traumas. She is one of the reasons I was able to graduate.”

With Mikki back in school, they became eligible for independent housing through DCF. With their specialist’s help, Mikki was approved for their own apartment through a transitional living program.

Alongside the trauma they experienced in school, Mikki struggled with other mental health challenges. Despite multiple visits to doctors and psychiatrists over the years, Mikki was left undiagnosed and without answers. Their specialist worked with Mikki to find a psychiatrist that was a good fit, and Mikki was diagnosed with borderline personality disorder. Armed with a diagnosis and a new treatment regimen, Mikki is now able to successfully manage their mental health.

With so many successes under their belt and so many obstacles overcome, Mikki is finally thinking about the future. They successfully completed TF-CBT and have plans to attend a vocational program to become a nail technician.

Mikki is living the future they envision and credits their success to the work they did in LifeSet.