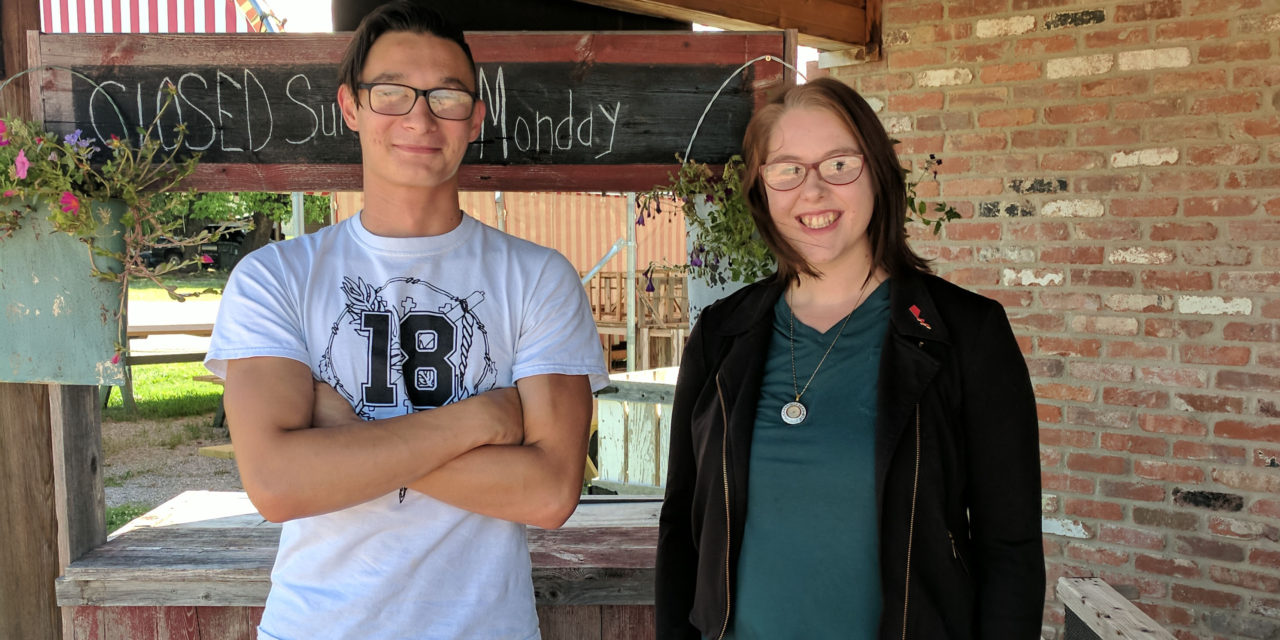 Every young person who leaves foster care has to overcome challenges to become an independent adult. At 19, Austin has had more than his fair share.

In the stretch of just a few months, the young man moved out of his foster home, found a job, underwent open heart surgery and reconnected with a father he barely remembers.

Fortunately, Austin didn’t go through those major life events alone. His Oklahoma Department of Human Services – Child Welfare case manager referred him to the YVLifeSet program and specialist Destiny Dehart. YVLifeSet is an intensive program designed to help young people ages 17.5 to 21 who have experienced the foster care system get a good start on adulthood.

In the YVLifeSet model, young people identify their own goals, and specialists help them learn the skills needed to stay on track to achieve them. It is an intensive, experiential skills-building approach.

Born in Alaska, Austin was adopted in Oklahoma at 5 years old. When that adoption failed, he entered foster care as a teenager.

“After I graduated from high school, I wanted to move out and make it on my own,” Austin said. “I wanted to see what I could do. My first goal was to get my own apartment. Destiny taught me how to get a lease, what to look for – pet deposits and all the details.”

Destiny helped him identify and evaluate all his housing options and make a budget. At the end, he chose to move in with a friend and split the cost.

At the same time, Destiny helped Austin look for jobs and work through the application and interview process. He secured a job he likes at Walmart. With stable housing and employment secured, Austin began to tackle hard family and health issues.

The only memories of his native Alaskan family were of abuse and domestic violence, but as an adult, Austin wanted to find his biological parents and learn about his tribal heritage.

“I was planning to go to a police station there one day,” he said. Instead, his DHS case manager found Austin’s father through a chance Facebook search.

Austin texted the man, and the connection was made. “I have three half-sisters and a grandpa,” Austin said. He stills knows little about his biological mother.

“It’s cool that I found them, but I’ve already lived my life really,” Austin said. “I forgave him a long time ago. I’ve learned from experience how to forgive people. They can change.”

Genetics may have played a part in health issues that were part of Austin’s life. In elementary school, Austin learned he was born with a hole in his heart and a leaky valve. Doctors told him he would have to have the valve replaced around 19 or 20 years old. Just as he was going out on his own, it was time have the surgery.

“I didn’t want to think or talk about it really,” Austin said. “It’s kind of scary, but they do these things all the time.”

He made it through the surgery fine and was back doing workouts six weeks later.

With surgery behind him, Austin is working with Destiny and YVLifeSet on new goals.

He wants to build his savings account so he can afford his own place. He would like to work in carpentry and construction, a career path that will give him higher wages. A stint in Job Corps gave him some skills, but he and Destiny are identifying training programs and vocational-technical education options that are more targeted to the work he wants to do.

“YVLifeSet is helping me learn what I need to know now,” he said. “It’s straightforward and works for me. I like to get things done.”

Find out more about our work at youthvillages.org/Oklahoma.