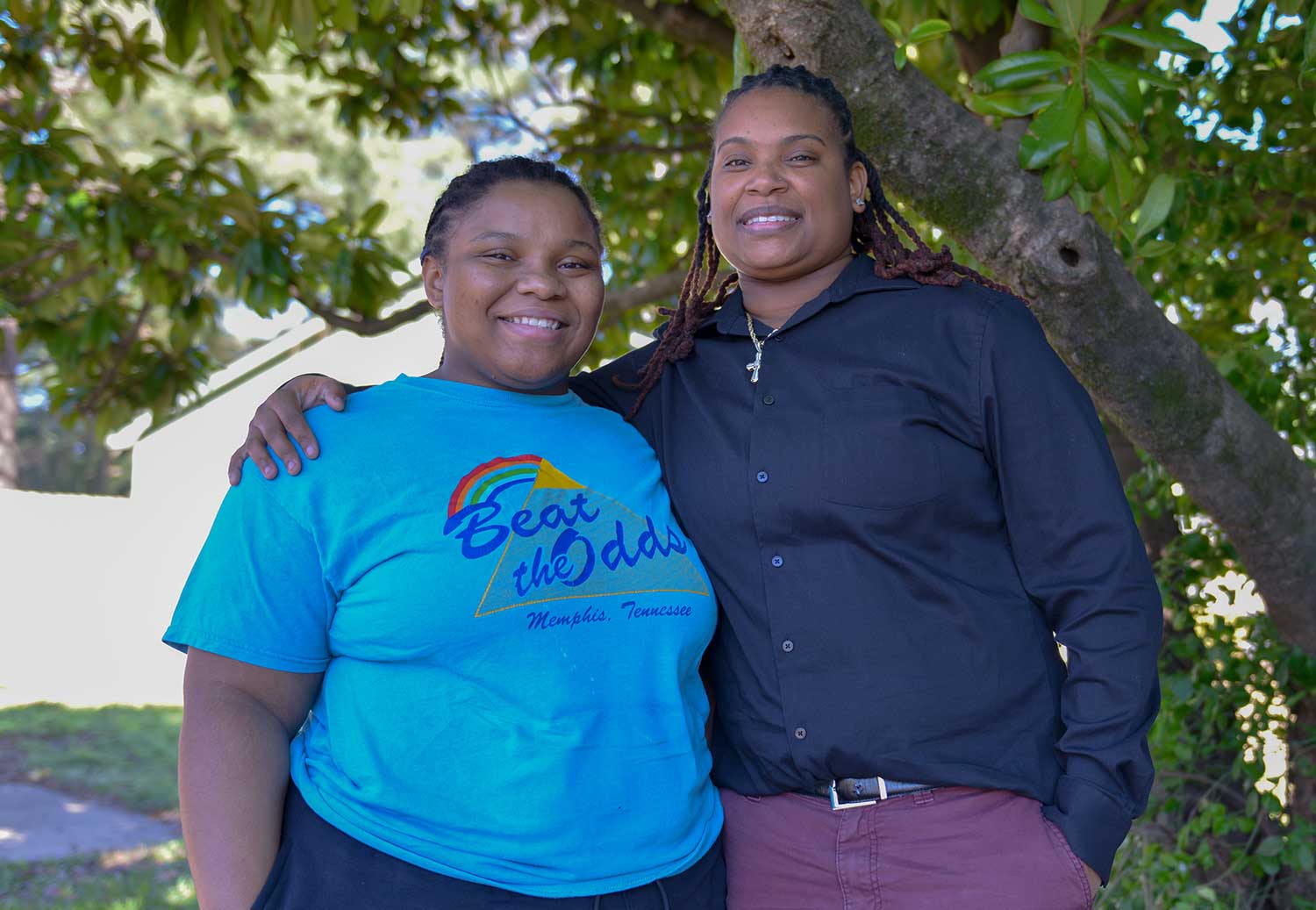 Organization is the key

Oh, and to top it off? Kiara volunteers at the high school she attended.

“It’s the school I attended when I had my daughter,” Kiara said. “I read to the babies. I help with any hands-on activities they have with the toddlers. With the older students, I help with their testing skills and tutoring in math because I’m very good at math.”

Kiara has what seems to be a chaotic lifestyle but it’s something she enjoys. She also gets everything in order with assistance from the Youth Villages LifeSet program and her specialist Britney Creekmore, who helps Kiara update appointments and assignment due dates on the prominently placed wall calendar in the home.

“They taught me different methods on how to organize my schedule,” Kiara said. “LifeSet has helped me find scholarships, housing, jobs, build my résumé when needed. They’ve been helpful in many ways.”

Kiara, who was in foster care when she entered LifeSet prior to her final year of high school, is grateful for the assistance the program has provided, especially the mentor who helped her with a class in college.

A graduate of Southwest Tennessee Community College, Kiara now has her sights set on nursing school and to get her family on better financial footing. LifeSet is helping Kiara with that.

“My goal right now is working on money management,” Kiara said. “They’re (Youth Villages) helping me with budgeting without having to do extra things. My schedule right now doesn’t have much room for extra things.”

The YVScholars program – of which Kiara is a part of – also has been chipping in. When she entered YVScholars in 2016, the program provided Kiara a computer. Recently, she received a second computer for when she continues her studies. YVScholars also gives Kiara a monthly stipend to cover expenses.

Two conditions of Kiara being in YVScholars, though, are to volunteer and hold a full-time job. Britney says that’s second nature for Kiara.

“Meeting our requirements has never been a problem for Kiara,” Britney said. “She’s a perfectionist, and she has her head on straight. Kiara is one of the most independent people I’ve worked with. I’m so proud of her.”

Even though Kiara has everything in order, she is glad to have help from LifeSet and YVScholars.

“Sometimes I beat myself down, and they are there to bring me back up,” Kiara said. “They’ve always been available, whenever I needed them, at all times of the night.”