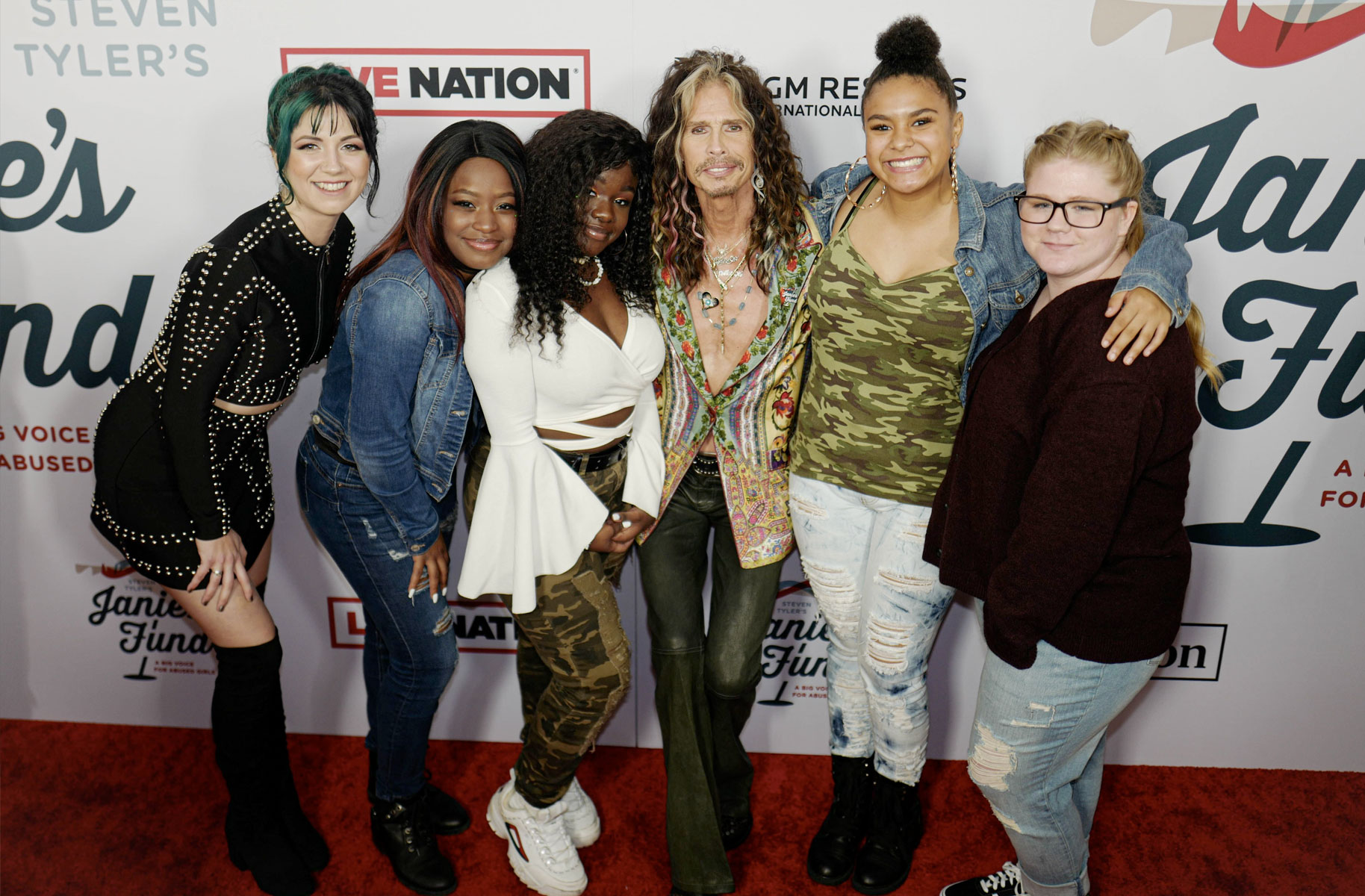 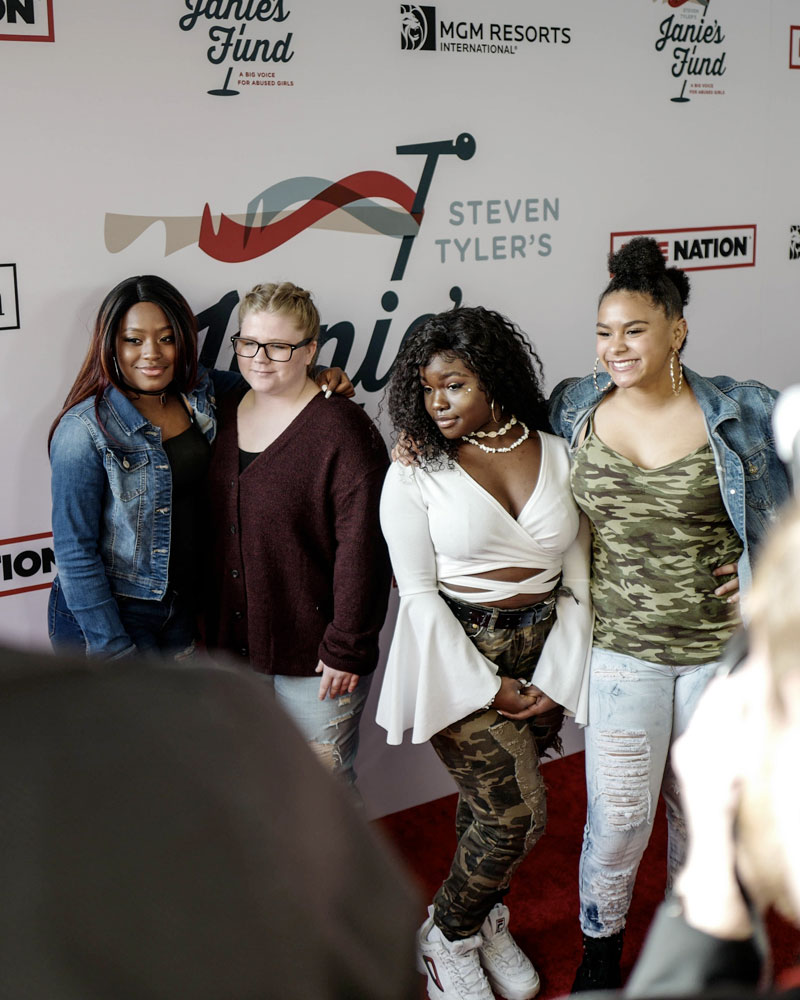 At the start of the gala, host Terry Crews welcomed the attendees and paid tribute to the late Los Angeles Lakers icon Kobe Bryant stating, “I want to respectfully acknowledge the tragic events that happened here this morning with Kobe Bryant and his family, and the others that suffered that horrific, horrific helicopter accident. I’m in mourning. I’m sure everyone here feels the pain. I’m a father, I have daughters, and I can only imagine the pain the families are going through right now.”

The evening featured a four-course dinner by Crumble Catering, entertainment by Master Mentalist Lior Suchard, and the Youth Villages African Drumming Group that included the girls supported by Janie’s Fund. The night also included speeches by Janie’s Fund ambassador Jennifer Rhodes who shared her personal story of abuse and benefits of Youth Villages and Janie’s Fund programs. Actress Kristin Dattilo, who played “Janie” in the “Janie’s Got a Gun” music video, spoke about being part of the iconic music video and how important that video was in giving voice to voiceless.

Steven Tyler returned to the gala stage after performing at the GRAMMY Awards with Aerosmith and RUN DMC. The band were recently honored as the 2020 MusiCares® Person of the Year for their considerable philanthropic efforts over five decades and undeniable impact on American music history. Tyler helped kick off the live auction conducted by Alexander Gilkes. The auction featured exclusive items including artwork by Mr. Brainwash, Unapologetic, Emmanuelle Rybojad and Brittany Palmer, Steven Tyler portrait by Christopher Makos, elephant sculpture by Hacer, Punk Buddha sculpture by Metis Atash, John Lennon photograph by Bob Gruen, Steven Tyler’s Dirico Pro Street Roadster, a European VIP Aerosmith experience, lunch and boat ride with entrepreneur and philanthropist John Paul DeJoria, five-night stay at G Clef Ranch in Somers, Montana, and more. The evening was capped off with surprise performance by Gavin DeGraw who performed “Chariot,” “In Love with a Girl,” “I Don’t Want to Be,” and more. DeGraw’s set also featured impromptu guest appearances from Nuno Bettencourt on bass and Luke Spiller of The Struts. Due to unforeseen circumstances, Pitbull was unable to travel to Los Angeles for his scheduled performance.

The third annual event raised more than $2.4 million dollars for Janie’s Fund, a philanthropic initiative created by Steven Tyler in partnership with Youth Villages, one of America’s leading nonprofits, to bring hope and healing to girls who have suffered the trauma of abuse and neglect. Tyler first gave voice to this cause with his hit “Janie’s Got a Gun,” now celebrating its 30 th anniversary. Since the November 2015 launch of Janie’s Fund, the organization has built a community of 70,000+ supporters to raise more than $7.5 million, providing over 167,000 days of counseling and trauma informed care for more than more than 1,200 girls, including supporting 30 girls that receive daily therapeutic services at the Janie’s Houses in Memphis, TN and Douglasville, GA.

Sponsors for the event include Live Nation, Hilton and MGM Resorts.

Official hashtag of the event: #JamForJanie Note: This event is not affiliated with, endorsed by, or licensed by The Recording Academy or the GRAMMY Awards.

Janie’s Fund is a philanthropic initiative created by Steven Tyler in partnership with one of America’s most effective nonprofits, Youth Villages. Named after Aerosmith’s 1989 hit, “Janie’s Got a Gun,” Janie’s Fund provides hope and healing for many of our country’s most vulnerable girls who have survived the trauma of abuse and neglect. Through Janie’s Fund, Tyler is using his big voice to give a voice to thousands of victims who haven’t had one. For more information, visit .

Youth Villages is a national leader in children’s mental and behavioral health committed to building strong families, delivering effective services and significantly improving outcomes for children, families and young people involved in child welfare and juvenile justice systems across the country. Founded in 1986, the organization’s 3,000 employees help more than 30,000 children annually in 21 states across the U.S. Youth Villages has been recognized by the Harvard Business School and U.S. News & World Report and was identified by The White House as one of the nation’s most promising results-oriented nonprofit organizations. Learn more at .

Give your time, talents, and love for youth in various ways such as volunteering at a YV event, mentoring a young person, or even running a race.