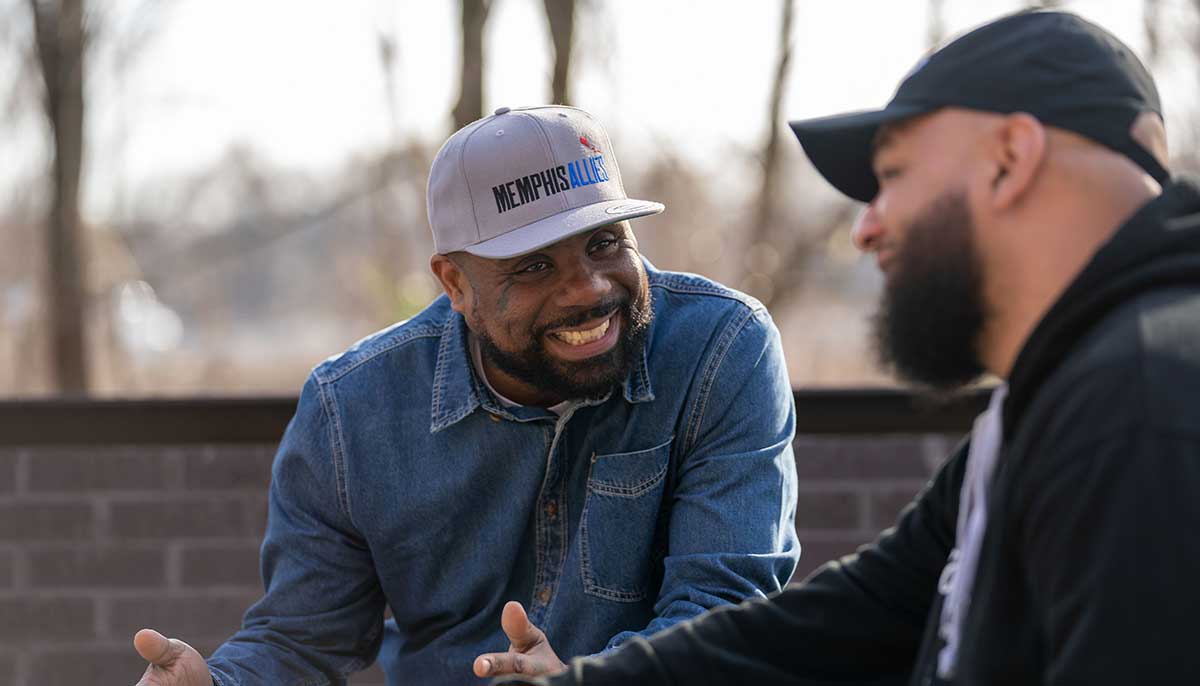 SWITCH team members have earned the right to be heard…

Troy Dotson’s face tells part of his story… there’s a six-point star with a ‘G’ for Gangster Disciples on his cheek. Two other tattoos there signify the “work” he put in for the gang and his high rank in the organization.

He joined Gangster Disciples at 11 years old. By the time he was 17, Dotson was running a Gangster Disciple territory on the south side of Chicago. He was a shooter who loved the feel of a gun in his hand.

“I used to love to shoot, the smell of the gunpowder, the way the gun jerked in my hand,” he said. “I was addicted to shooting.”

The rest of Dotson’s story is about change, redemption and service. After decades lost to criminal activity and prison, including three-and-a-half years spent in solitary confinement, alone for 23 hours every day. Dotson turned his life around and has been working to help others see a better path forward for nearly 20 years in Memphis.

He’s served at several important local nonprofit organizations that help others with his background. He was a program manager at JIFF, a shepherd coordinator at Economic Opportunities, and worked for 901 Bloc Squad. He became an ordained minister. When leaders in the community began hearing about Memphis Allies, they’d often say: “You need to talk to Troy.”

At Memphis Allies, Dotson is interacting with young men who are living the life he once did. As SWITCH supervisor, he oversees the Youth Villages team of outreach workers and life coaches who are working to identify, connect and serve individuals at highest risk of involvement in gun violence in Raleigh/Frayser.

“I’m real… I’m a survivor… God kept me alive long enough to tell my story,” Dotson said. “Real people, heal people. I would have listened to a guy like me.”

He’s thinks young men in Memphis who are involved in gun violence are missing something.

“They’re missing that authentic, genuine love that comes from support and resources in the community,” Dotson said. “Guys like me, coming into the community – being authentic, being driven – speaks volumes.”

They often find support in gangs or crews, but Dotson said these groups aren’t like the Gangster Disciples he was a part of in Chicago.

The life situations he’s finding in the community are horrific, he says.

“I went into one home, and there were bullet holes everywhere, even in the cars out front,” Dotson said. “And a young child was growing up there. People are scraping to eat daily, and they choose to pick up a gun to rob someone and take their hard-earned money to feed their family.”

The job of the SWITCH team is to guide each participant down another path. To do that, outreach workers and life coaches work intensively with the most high-risk individuals.

In so many ways, Dotson’s life and training have prepared him for his role in Memphis Allies. During his years with these organizations, he obtained two years of professional development certifications with Christian Brothers University. He attended the Urban Arrow Leadership Program with Memphis Leadership Foundation. He is also a Certified Master Life Coach.

“We’re bringing together the right people, the right teams,” Dotson said. “You have to have a passion for this work, for saving lives. I’m fearless when it comes to this work. I can’t see myself doing anything else right now.”