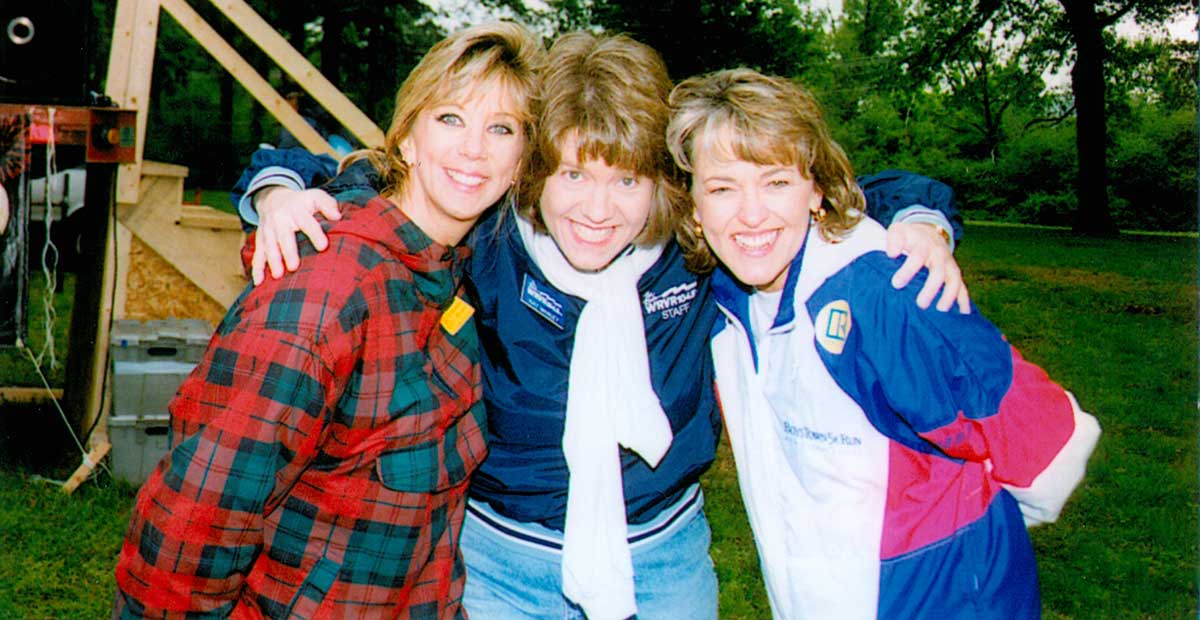 The Youth Villages 5K—known as the YV5K—turns the big 4-0 this October, and there is no slowing down for this annual event. Held in the spring its first 37 years, the City of Memphis’ “longest-running” 5K returns to the fall for a second straight year on Oct. 22 (the 2020 race was held virtually).

The race, presented by the Memphis Area Association of Realtors (MAAR), is set to kick off at 8:30 a.m. at Ridgeway Loop off Poplar Avenue in east Memphis. To register for this year’s YV5K, click here.

Many events like the YV5K run out of steam after a few years. However, Amy Linthicum, the race’s brainchild, and Meribeth LaBarreare, a longtime committee member, said the race is not only moving along but speeding up with each year. The reason?

“When you have a passion for it, it’s not hard to keep it going,” said LaBarreare, who joined the YV5K committee when she moved to Memphis in 1987.

How it all started

Like most everyone, Linthicum had a vice. Hers was smoking. She decided to quit smoking and start running. However, it wasn’t that easy.

Linthicum began by running small intervals, a couple of blocks at a time. Later, she built up her stamina to run the Chicago Marathon. But she was still smoking a little. Eventually, that went away. The running increased.

At the same time, Linthicum was working for a title company and involved on the board with MAAR, which had a Private Property Week celebration and wanted to add a fundraiser that benefited a local organization or charity.

“I was on the committee trying to come up with an idea,” Linthicum said. “The committee was like, ‘Hey, Amy, you run. Let’s do a running event.’ Everybody jumped on board and got excited about the run.”

The 5K run was born. But which local organization would benefit? According to Linthicum, the idea of who the run would fundraise for “fell into our laps.”

Linthicum recalled at the time that Boys Town—which later merged with Dogwood Village to form Youth Villages—was in dire straits financially, and the local news media was highlighting the situation.

We decided to make Boys Town our charity. The state was running Boys Town, and it decided to pull out its funding. It was kind of sad out there. We’re like, ‘Hey, let’s help them.’

The committee tapped Linthicum to head the charity event, and it was off to the races. Linthicum started by driving her car around to map out a course in the Ridgeway Center district. The next step was to find a spot for the race’s after-party.

The early events were literally run “out of the trunk of her car,” carrying race T-shirts, running bibs and awards. She counted the money raised on her kitchen table, and she even called in the results to The Commercial Appeal.

“It just grew from there,” Linthicum said. “As years went by, we received more involvement from the board.”

When the merger between the two organizations occurred in 1986, the run still went under the name of Boys Town, but that changed to Youth Villages by the early 1990s. Since its start, the race has raised more than $2.25 million.

“In addition to raising millions of dollars to support the programs of Youth Villages, more than 75,000 have run in the race, bringing more awareness to the needs of children and youth in our community,” Youth Villages CEO Patrick Lawler said.

With each race, the YV5K has grown in both numbers and great memories. According to LaBarreare, one realtor sky-dived into the race area as part of the pre-event ceremonies. One race had doves released at the start. Another race had a diaper derby. A couple of years even had Marines from Millington running in full gear.

“We try to do something different,” Linthicum said. “We try to throw in a twist.”

One year, a twist in the race route had runners thinking they had set 5K world records. The police car was at the front of the race followed by the lead car, which the runners were to follow. The police car turned on a side street to get ahead to another point on the course. However, the lead car also turned, and the runners followed. “The course was cut a little short that year,” said LaBarreare, laughing.

With running the YV5K in the spring its first 37 years, the weather played a role in the event—and making memories.

“We’ve had a heat wave, we’ve had snow,” LaBarreare said. “We’ve had runners bring hand warmers, gloves. We’ve had to bring ice on the stage because there were not enough water stations.”

In the early 1990s, one race brought a downpour of rain. The post-race event that was held in the hotel ballroom had more than 1,000 runners who were soaking wet. “We were hoping the rain would hold off, but it started as the race began,” Linthicum said. “It was like a flood.”

One lasting effect of the YV5K is it helped jump-start the running community in the Memphis area. An Arlington native, Linthicum recalled there were not a lot of 5K races as she was growing up, and there were only 10 5K events in Memphis at the time the YV5K started. “Running and biking have become part of the area’s tourism now, especially with all the trails around the city,” Linthicum said.

A trail was built on the Dogwood Campus with proceeds from one of the races. The building of the trail led to the start of Youth Villages’ Runners Club, which brings local runners out to volunteer and help kids served by the organization’s residential programs learn to run and compete in local races—and even win! Since its inception, the YV5K has had hundreds of Youth Villages children and youth run in the race through the partnership with the Memphis Runners Club.

“Pat has talked about how this has had an impact on kids at the campuses,” Linthicum said. “The kids used to never exercise, and now they’re bragging about how fast they run. It’s helping the kids learn to care for their bodies.”

Additionally, the YV5K has raised funds for other projects and programs. Fundraising from the early races helped build the school on the Bartlett Campus. The race continues to support Youth Villages programs such as the Chris Crye Mentoring Program.

“Having a mentor makes such a big difference in the lives of children and youth who receive help on our residential campus,” Lawler said. “We so appreciate the support of MAAR, our presenting sponsor, and Crye-Leike Realtors. The entire real estate community makes a difference by participating in the race every year.”