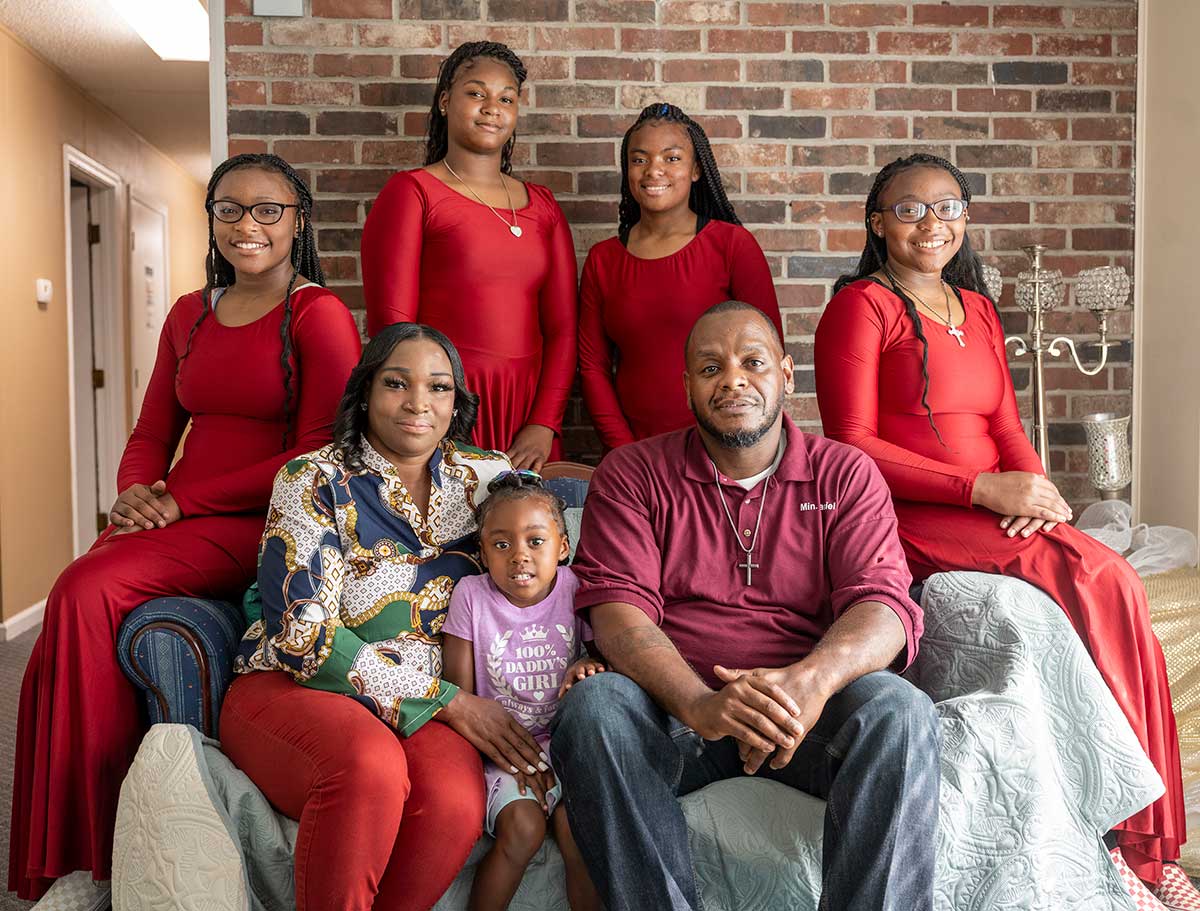 Turning a second chance into opportunity

Everyone looks for a second chance. Maybe even a third or fourth.

Back at that time, the Maclins’ 10-year marriage was not in a good spot. Daniel even admits that he and his wife were a couple of steps away from divorce.

Around the same time, the couple was out riding on their motorcycle when a speeding car hit them. The impact threw Veronica through the car’s windshield and sent Daniel to the ground many yards away. Daniel saw blood coming out of Veronica’s head, and he then blacked out on the ambulance ride to the hospital. Later, the paramedic told Daniel that he lost him twice on the ride.

Already with four daughters of their own and three daughters from previous relationships, Daniel and Veronica continue to welcome in youth—specifically females—into their home. The Maclins open their home and their hearts because of the second chances they received as youth.

Veronica was abandoned by her parents at the age of 10. A cousin, Bridget Crawford, adopted Veronica and her siblings. “That was a blessing,” Veronica said. “To experience the love she offered, it made me want to give back to someone else.”

Daniel’s story was different, but it brought about similar feelings. He left his home at 15 years old due to his parents’ drug use, and he bounced around different friends’ homes. “One thing that I said to myself is that if I ever had kids, I would never abandon them,” Daniel said.

Daniel and Veronica have remained true to their words. Even before their near-death experience in 2012, the couple was fostering girls. They haven’t slowed down. The Maclins’ latest addition to the family was a young teenager named Mariah, whose adoption was finalized in July 2020.

The Maclin family is not close to stopping. They are fostering another girl and a boy—yes, finally, a boy—to their home. “We didn’t want to separate the [siblings], so we rearranged our home in order to have the boy here,” Veronica said. “Both blended right into our family.

“I want to give all youth that same type of love that was shown to me. I want to share the same great experience I had growing up. We’re in this to make the youth feel welcome and show them love.”