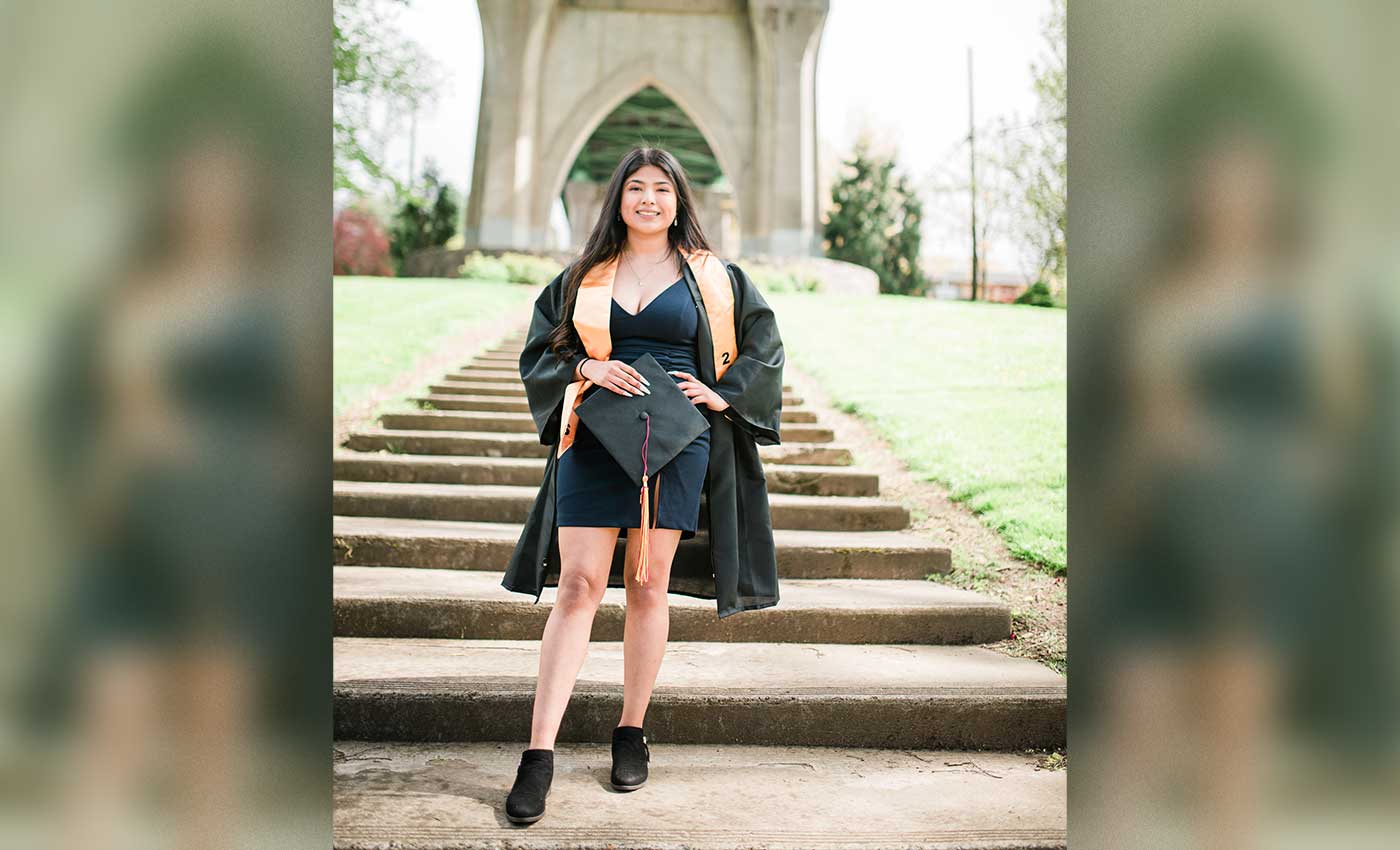 When many teenagers enter their junior year of high school, their life pathways are somewhat charted. For some, the path leads to college. For others, a trade or technical school. For still others, finding employment. But often that path is set up starting with the freshman year.

For Mariana, the first year of high school didn’t go well. Her effort in class—if she attended at all—was not there and put her behind. She was so far behind that catching up seemed impossible. Her future options were limited.

“My freshman year, I completely failed,” Mariana said. “I got all Fs and didn’t pass a class. It was because I wasn’t going to school and learning what I needed to learn.”

Mariana’s school issues stemmed from her home life. There wasn’t much structure at home. According to Mariana, her mother had neither the “right mindset” nor the economic stability to raise her and her four brothers.

“I would take care of the family,” Mariana said. “When I wasn’t showing up for school, [the administrators and teachers] were worried and got involved.”

Mariana, who was 15 years old at the time, and her brothers were placed with foster families, and changes were immediate. First adjustment: attend school daily.

“With our foster family, school was mandatory,” Mariana said. “It was a little harder for us because we weren’t used to going to school every day.”

Now, with school becoming a daily routine, Mariana’s focus on a future beyond high school looked a little brighter. However, Mariana still needed help. She had to play catch-up and retake the classes she had failed as a freshman, in addition to her regular schoolwork. Enter Youth Villages specialist Graciela Salamanca.

In Oregon where Mariana lives, Youth Villages supports young adults aging out of foster care through two programs—LifeSet and the Independent Living Program (ILP). These transition-age youth programs serve as a bridge from foster care to adulthood, helping young people reach their goals of self-sufficiency and independence as they prepare to age out of foster care. Without this support, young people can face far worse outcomes than their peers in terms of educational attainment, employment, housing and engagement with law enforcement.

It was a complete difference once I started working with Youth Villages. I was going to class, and the results were different.

Youth Villages and Graciela came into Mariana’s picture two years ago when she was 16 years old. Graciela mapped out a plan for Mariana to retake the courses she had previously failed. She also helped keep Mariana focused on the grades she needed moving forward. “She’s on track now,” Graciela said.

It was during Mariana’s junior year that her thoughts turned to post-secondary school. “I started looking at college applications and scholarships, started looking at GPA requirements, what classes I had to take to get a scholarship,” Mariana said. “I looked at my GPA at that point, and it wasn’t good. I began showing effort in my classes. I then started making As and Bs.”

Mariana graduates from high school this June. Graciela has helped her secure an Oregon Promise Grant, which will pay for her community college. According to Graciela, Mariana’s plan is to pursue a career in social work.

Youth Villages has assisted Mariana in other areas, including helping her obtain a driver’s license and find a car. Her specialist also helped Mariana build connections in the community with co-workers and fellow students.

Bringing Mariana to graduation’s doorstep, though, was the primary focus of her journey. Before working with Youth Villages, Mariana’s educational pursuits—and life options—were limited. This support provided Mariana the motivation to not only graduate but also change the course of her life.

“To show everyone, especially my brothers, that although we grew up in a different environment, that doesn’t mean we can’t succeed,” said Mariana of her high school graduation. “I’m going to feel relieved. I’m going to be proud of myself when I hold that diploma. When I was a freshman, I wasn’t going to graduate. Now as graduation day gets closer, I’m realizing that I pulled myself out of that situation, and I’m doing pretty good.”