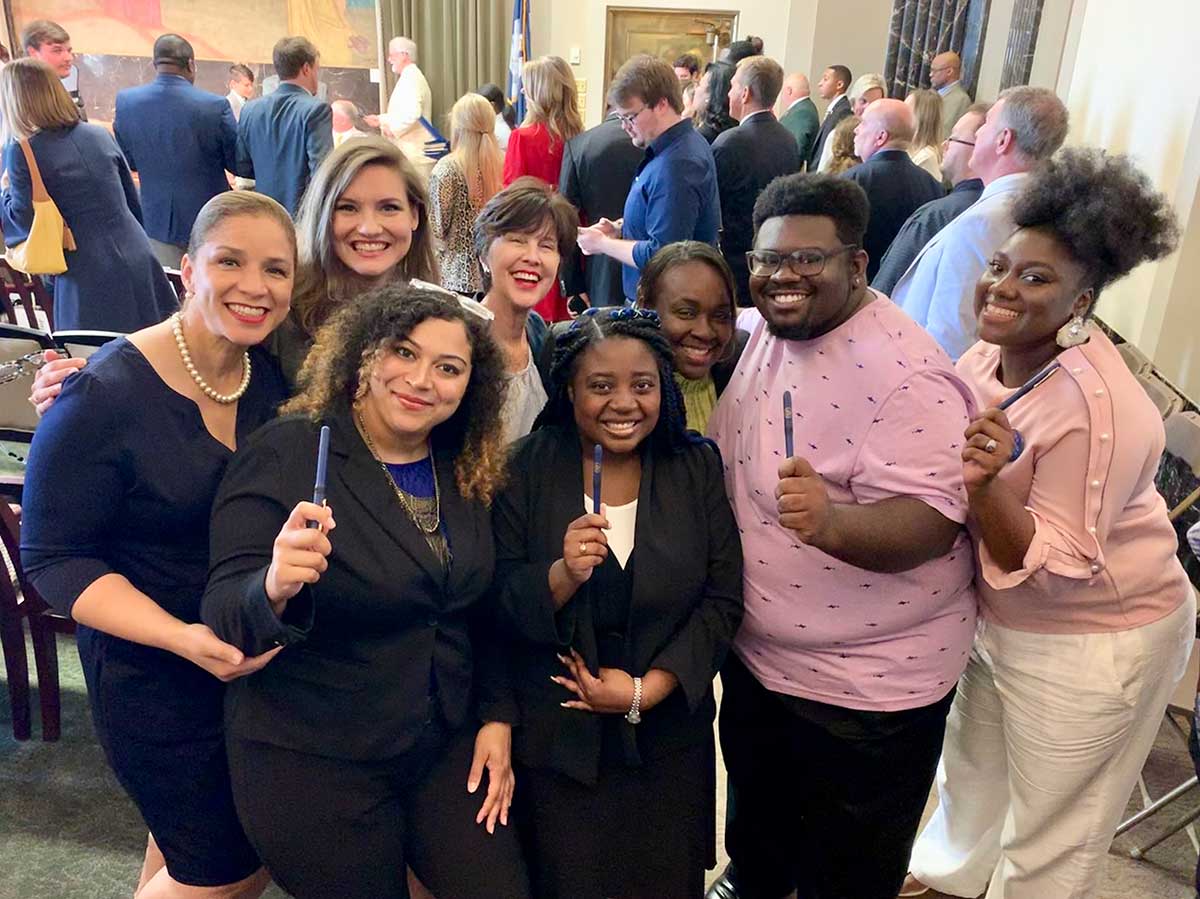 When the Louisiana Legislature convened on March 9, one item on the table for consideration during the three-month session was a Bill of Rights for children and youth in the state’s foster care system. Some of the same young adults who advocated for the extension of foster care and LifeSet™ will be back to speak for this bill. But, in many ways, they are not the same youth who first began pushing for change in Louisiana’s child welfare system three years ago.

Now, they know they can make a difference.

When these young adults began testifying at the legislature as part of the Louisiana Institute for Children in Families’ Foster Youth Intern Program in 2017, they were nervous, afraid their stories would be lost in the shuffle of activity they saw in committee hearings.

“We just felt like our voices probably weren’t going to be heard, because if they were always moving about, they probably weren’t really going to listen and understand what we really needed to see change,” said Kayana “Keedy” Bradley. “So, we all were like, ‘OK, we’re going to make sure that they stay in here and that they listen.’ And they did. And not a dry eye was in the room.”

One by one, the youth told their stories, weaving their personal experience with statistics and discussion on a range of issues affecting young people who age out of foster care, including homelessness, joblessness and early parenthood. They advocated extending the age of foster care in Louisiana from 18 to 21 to give youth more time to mature, develop skills and transition to adulthood.

“I was nervous, but I knew that within my speech, I could add little jokes and do things to make it more like just a talk and not be so formal — and they were up there laughing, so that was good,” said Breayana “Bree” Bradley. “But then it got deep. I had everybody about to cry, and just to see those emotions, it was like, ‘You are human too, just like I am. You just probably didn’t know my story.’”

The Foster Youth Interns continued to testify each year, winning passage in 2018 of a bill to extend foster care from age 18 to 21 for youth still in high school or pursuing an equivalent certification, and in 2019 to extend foster care for all youth to age 21. LifeSet is the program model being implemented for the extension of foster care in Louisiana through a partnership with Youth Villages. Department of Children and Family Services staff are implementing the model to support young people across the state.

“Anybody can go testify,” Jarvis Spearman said, “but to make that personal connection and to genuinely exchange that connection with someone, it’s just so breathtaking.”

Invigorated by the realization that they could create change, many of the young adults who testified at the Capitol have returned to the table, continuing to advocate for changes for those who will follow in their footsteps.

“When we can go up there and just express how we feel, and just let them know what foster care really is, instead of what they think it is, and make a difference, that’s just so empowering,” said Tiffany Anderson. “For me, that was a big life-changer because that was when I decided I want to work in policy and bring change.”

“Even now, we’re still asked to come and give our opinions and suggestions for policies and focus groups,” Aliyah Zeien, a Foster Youth intern, said. “It opened a lot of doors, but it also led us to believe that our experience mattered and that our voice was important and that we could pave a way for other youth that were coming after us. It meant that our experience, even though it was really hard and hurtful, that it would mean something – that we hadn’t gone through that for no reason.”

The experience gave them a new sense of what is possible, they said, and a renewed sense of purpose.

The group recently voted to rebrand the DCFS’ Youth Advisory Board on which they serve, renaming the group Louisiana Elite Advocacy Force, or LEAF, a name suggested by Spearman. The new name represents a rebirth of sorts in which young people are taking command of their direction and working together to help others.