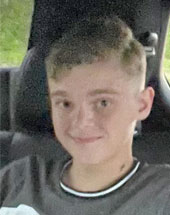 Robert is a very intelligent young man. The academic aspect of school is one of his greatest strengths. Robert has a very determined personality and that is reflected in his ability to keep and maintain great grades over the years. His greatest passion in life is basketball. Robert not only follows the sport religiously, but he also plays basketball every chance he gets. He has told his social worker that, if possible, he would like the opportunity to play basketball in college. Basketball is a great outlet and a source of happiness for him. Robert is someone who looks forward to the future and appears to have a sense of excitement in how he sees his life progressing over the next couple of years.